There was great excitement among staff and visitors when a new baby elephant was spotted at Amakhala Game Reserve in the Eastern Cape.

After 22 months of gestation, a 10-year-old elephant cow, gave birth to her first calf, a male. A baby elephant is the largest newborn land mammal on earth, and Amakhala’s new baby weighs in at a hefty 100kg. He is in great health, suckling well and keeping up with the ever-moving herd.

He was first spotted by Ouboet Zealand, a ranger from Leeuwenbosch Country House whilst on a game drive with tourists from Canada and Germany. “We saw something small move in a herd of elephants, thinking it might be a warthog. But after a guest took a photograph and we zoomed in, we saw it was in fact a baby elephant! It was such an exciting and special moment for everyone!” says Ouboet, who - according to Amakhala tradition - will name the new born, as he spotted it first. 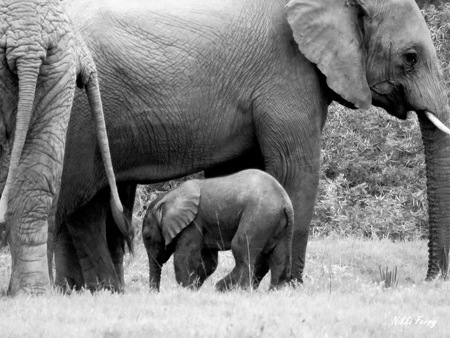 “It is an absolute honour to be able to name the new addition, but choosing a name is not easy. This is the first time I get to name a Big 5 animal!”

“Well-known for their intelligence and caring, the herd shows exemplary teamwork and co-operation in protecting and teaching the new offspring,” says Natalie Fowler, a junior ecologist at Amakhala. “It is such a privilege to witness the mother and grandmother’s concern, touching and guiding the little one with their trunks and helping him to keep up with the herd.” 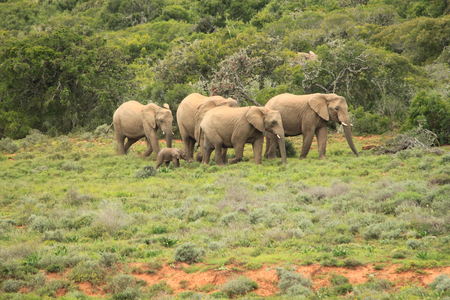