Water is a precious resource. Every part of life is impacted by a lack of water or poor water quality – from personal health, hygiene and habitats, to food supply, livelihoods and the eradication of poverty and under-development.

As such, it is imperative that South Africa, one of the driest countries in the world, achieves the target of access to safe water for everyone by 2030, as set out in the UN’s Sustainable Development Goals, which recognise water as a key issue in the fight to eradicate extreme poverty.

Proud to do its part in creating awareness of the importance of healthy rivers, the Amakhala Foundation celebrated National Water Week on UN World Water Day (22 March) by hosting an Educational Day at the Amakhala Conservation Centre for Grade 1-3 learners from several neighbouring schools.

The main theme of the education day was “Healthy Rivers” and the learners from Sidbury Primary School, Lucebiso Primary School and Alexandria Christian Academy learnt, in a hands-on and fun way, about the importance of fresh water and the signs of a healthy river, including the presence of otters and indigenous fish.

The children, all wearing blue “Water Day” stickers, started the day with a relay race that introduced them to the three different parts of a river: the fast and narrow Upper Zone; the wider and slower Middle Zone; and the very wide and slow Lower Zone. The children also enjoyed three lesson sessions created with displays, video clips, art sessions and treasure hunts.

The children experienced the difference between healthy rivers with clean water and healthy biodiversity; and polluted rivers with dirty water and very little biodiversity, creating awareness of the impact humans have on rivers.

They also learnt that otters are a sign of healthy rivers and were introduced to the Cape Clawless Otter, one of only two otter species in South Africa. It is the second largest freshwater otter species in the world and relies heavily on freshwater systems for their survival. 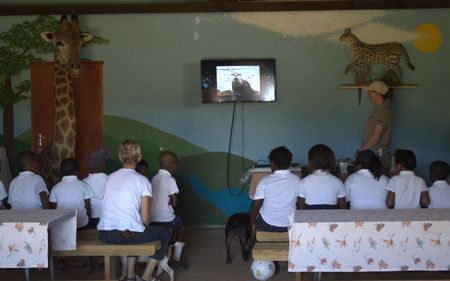 The day also included an informative session about indigenous and exotic fish in our rivers. The presence of indigenous fish, such as Cape Kurper, Cape Galaxias, Goldie barb, Eastern Cape Rocky and Eastern Cape redfin, is a sign of a healthy river ecosystem. Indigenous fish are critical to a healthy aquatic ecosystem and fulfil several important ecological functions. Unfortunately, they are threatened by water pollution and exotic fish species such rainbow trout, bluegill sunfish, largemouth bass, sharptooth catfish and carp.

The day ended with a splash as the children played a water balloon game that helped them to gain a broad view of all the ways in which fresh water is essential to our daily lives. 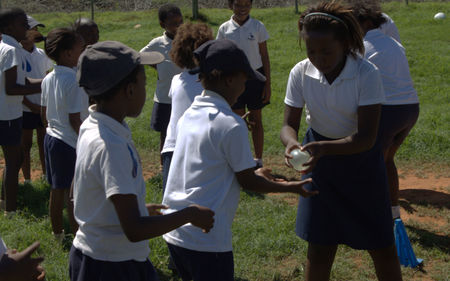 “The Amakhala Foundation is proud to have played our part in World Water Day 2018 and National Water Week, by raising awareness in our local community about the importance of freshwater and the urgency of mitigating water pollution to protect our ecosystems,” says Tammy Smith, Environmental Educational Coordinator of the Amakhala Foundation. “The children had a wonderful time and also gained practical knowledge about how essential freshwater is, not only for the survival of fish and aquatic species , but also for human survival.” 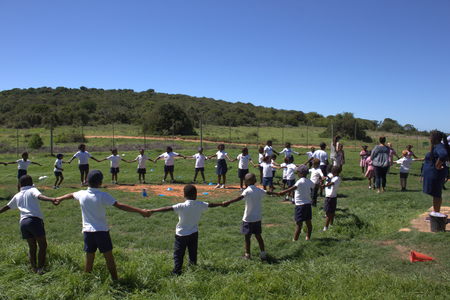 Rhisotope Project: Aquaponi... Return Home How the Amakhala Cheetah Re...