A strong conservation ethic has been passed down by the forefathers of Amakhala Game Reserve (AGR) to the current generation. The farms that joined together to form Amakhala Game Reserve have been kept in the same farming families since the 1850s and the concept of sustainable stocking rates of domestic stock and clearing of invasive vegetation have been instilled into the reserve since the 1920s.

Family members of the current AGR generation have been recognised with ‘Conservation in Farming’ awards in the 1970s and the 1980s. Some members have even served in the local Soil Conservation Committee, a Department of Agriculture watchdog of farming practice, for many years.

Today, AGR strives to uphold this conservation ethic in new and exciting ways. The considerable pressure on the economics of agriculture worldwide and the serious drought in the late 1980s lead to the idea of using the land in the area differently. The desire was to use the land in a manner that did not require irrigation from the erratic Bushman’s River or artificially high stocking rates and that would counter the economic trends.

The development of the eco-tourism industry in the Eastern Cape provided the opportunity for the establishment of AGR. This was achieved in 1999 when four neighbouring farming families joined their farms together. Initially, small founder populations of indigenous wildlife were introduced to the land which had been cleared of all man-made farming infrastructure.

In time, the wildlife populations increased and other native species were reintroduced to the area. This led to the need for greater, centralised management of the reserve and its ecosystem. Currently, the central reserve teams consist of a Maintenance Department, a Security and Anti-poaching Department, and an Ecology Unit with staff dedicated to the monitoring and management of AGR’s wildlife, vegetation and the relationship between the two.

The reserve now employs 26 staff members who are involved in the running of the game reserve. These members range from a General Manager with a Bachelor of Science (Hons) degree in Zoology and Ecology, two ecologists with a Bachelor of Environmental Science and a Diploma in Nature Conservation respectively, a Security Manager with over a decade experience in the police force and trained and skilled field rangers who are involved in daily maintenance and security activities. The AGR members also form a large intellectual body that range from a respected wildlife veterinarian, a zoologist (PhD), a lawyer, an agriculturalist, an engineer and teachers that can all be called upon within the running of the reserve.

AGR has strong memberships, partnerships and ties with a number of leading conservation authorities and organisations. We are a proud member of the Indalo group – the private game reserve association of the Eastern Cape. The Indalo Protected Environment, of which AGR is a part of, was declared in 2018 by agreement with the Department of Economic Development, Environmental Affairs and Tourism and formally recognizes AGR as a key biodiversity hotspot in terms of Eastern Cape fauna and flora conservation. We also hold a strong partnership with the Endangered Wildlife Trust, particularly with regard to the cheetah metapopulation project, and are proudly a source population of wild, genetically resilient cheetah. We have strong ties with numerous other conservation and academic authorities, such as Rhodes University, Texas Christian University, TacTrac Anti-poaching Academy, Global Conservation Force, the African Rhino Conservation Collaboration and the Lion Management Forum to name a few.

Dr. William Fowlds and Brent Cook, members of AGR, are conservationists in their own right. Dr.Fowlds is currently supported by the Wilderness Foundation Africa and MediVet, and has been extremely instrumental in their efforts to save the rhino whilst highlighting the rhino’s current plight internationally. Brent is also a leading figure in rhino conservation and is the co-founder of the Chipembere Rhino Foundation – an organisation fully committed to on the ground protection of rhino across Africa.

AGR’s conservation efforts don’t stop here. We are also dedicated to educating South Africa’s youth on the importance of environmental conservation for long term sustainability. Many children are positively influenced by environmental education programs that are run through the Amakhala Foundation spearheaded by Dr Jennifer Gush. These programs include: World Environment Day, Water Day and Arbour Day. Fair Trade in Tourism South Africa (FTTSA) has a number of environmental considerations in their accreditation process including: electricity and water usage, sewerage and garbage disposal and recycling. We are privileged to have a lodge accredited with FFTSA. 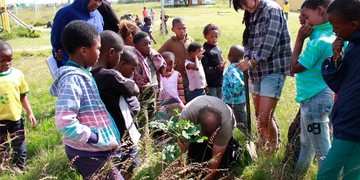 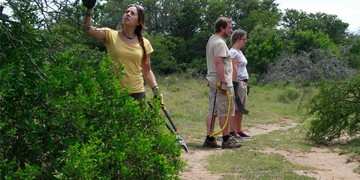 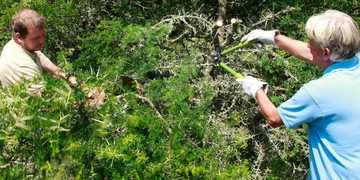 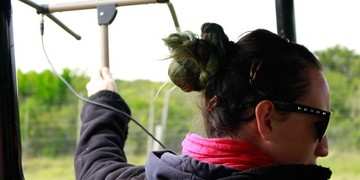 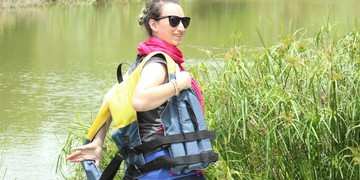