This International Cheetah Day on 4 December is a special occasion at Amakhala: welcoming our newest cheetah, Ivory – the first captive-born cheetah to be translocated into the wild in South Africa. This is another milestone in our management and ecology team’s contribution to re-establishing healthy, self-sustainable and wild cheetah in southern Africa.

Only at Amakhala can guests experience the rare opportunity of viewing wilded cheetah revelling in newfound freedom, and of savouring the knowledge that they are contributing to the survival of this threatened and iconic species.

Ivory, a 5-year-old male cheetah, is the first captive-born cheetah from the wilding area of Kuzuko Lodge to be successfully relocated to a wild reserve, as part of the South African Cheetah Metapopulation project managed by the Endangered Wildlife Trust (EWT). Earlier this year, Amakhala joined the Ashia Cheetah Conservation and Kuzuko Lodge Breeding, Wilding and Release Project that primarily focuses on the introduction of captive-bred cheetahs into the protected wild. Thanks to the wilding partnership, Ivory is 100% self-sustaining and capable of hunting and looking after himself. 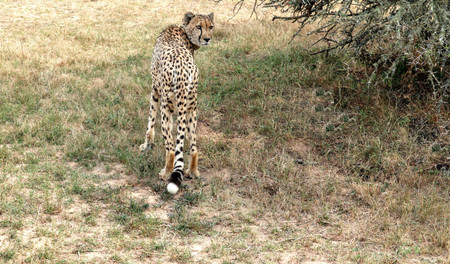 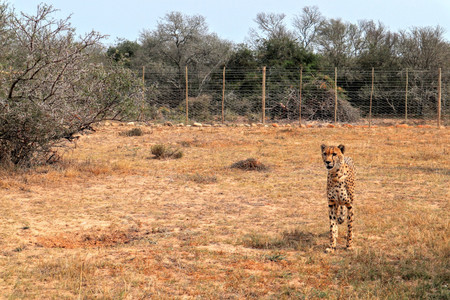 “Ivory is doing great!” says Natalie Fowler, Amakhala Game Reserve’s Ecologist. “He has successfully made his own kills: a juvenile red hartebeest, juvenile eland and a duiker. As we had hoped, a few days after he was released Ivory joined up with a female cheetah of wild origin which was also recently released at Amakhala, providing a rare sighting of the two mating. Since then he has been exploring his new area and thriving.” 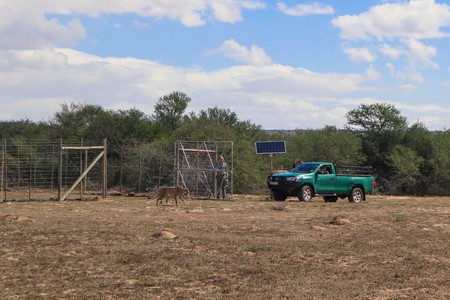 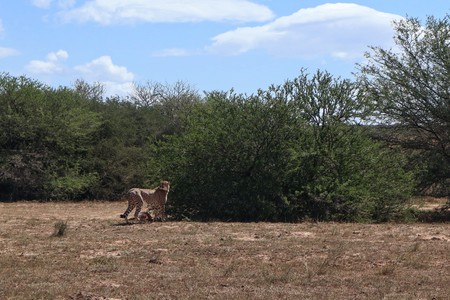 Since the reintroduction of cheetah to the reserve in 2003, Amakhala’s cheetah population has shown exciting growth and the reserve has become a source of wild, hardy and healthy cheetah for the EWT Cheetah Metapopulation Project. This project aims to strengthen the gene pool, secure a viable cheetah metapopulation in South Africa and implement a more co-ordinated relocation strategy to prevent further decline of cheetah numbers in the wild.

More than 20 Amakhala-born cheetah have been redistributed to other game reserves, including the historic reintroduction of wild cheetah back into the Free State in 2014, where the species was eradicated more than a century ago, and into Malawi in 2017, where the species became extinct in the 1980s.

A protected species, the cheetah is classified as Vulnerable According to the IUCN Red List. Unfortunately, roughly 90% of cheetahs in Africa live outside of protected lands on private farmlands, often coming into conflict with humans. As a result, the world has already lost 90% of its wild cheetah population in the last 100 years, leaving less than 7,100 cheetahs in the wild. With one third of wild cheetahs living in southern Africa, the cheetah is Africa’s most endangered big cat.

Raising awareness of the threat of extinction facing cheetah, International Cheetah Day (#IntlCheetahDay #savethecheetah) was designated by the Cheetah Conservation Fund, founded by Dr Laurie Marker in the US. It also commemorates Khayam, a cheetah raised from a cub by Dr Marker at Wildlife Safari in Oregon, who took Khayam to Namibia and successfully established that captive-born cheetahs can be taught to hunt. “International Cheetah Day serves to remind us that the cheetah, like all wildlife, is a treasure of our planet,” says Dr Marker.

Here at Amakhala, which has been awarded Protected Area Status by the Eastern Cape Provincial Government, we treasure and protect our cheetah, take pride in our role in cheetah conservation in southern Africa, and delight in providing our local and international guests with amazing opportunities to appreciate the wonderful nature of this iconic species. 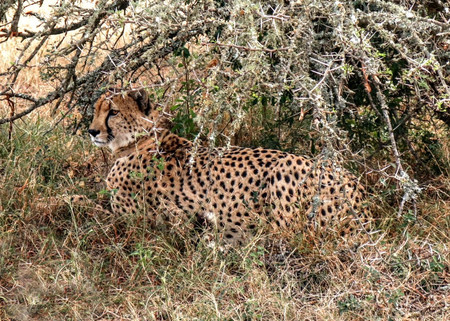