Leading up to the big day, Amakhala is hosting special events and sharing birthday cake throughout the year to celebrate – and proudly reflect on – two unforgettable decades of conservation and community.

Conservation has always been a key aspect of the Amakhala story, and in recognition of its contribution to biodiversity conservation in South Africa, the Reserve has been awarded Protected Area Status by the Eastern Cape Provincial Government. It continues to thrive as a model of how agricultural land can be converted to ecotourism and create a viable tourism economy, while protecting our wildlife and uplifting the local community.

Community is equally important to the Amakhala family. We remain committed to building strong communities, families and individuals in the rural and conservation context in which the Reserve is located, as previous generations did when Amakhala was still a farming community.

So, it was fitting that Amakhala kick-started the year-long celebration with a special day of festivities involving families, staff and the local community. The celebrations started on the morning of 22 May, with a special gathering organised by Steve Maartens and Giles Gush at a designated spot on the “Big Hoek” – a section of Amakhala with sweeping plains bordered by the meandering Bushman’s River and surrounded by the towering cliffs. As the sun rose, game viewing vehicles could be seen coming in from miles around, bringing lodge owners and Amakhala staff and billowing dust as they travelled along the dirt roads to the Big Hoek where almost 200 people would gather to form a giant “20” on the great plains for a unique aerial drone photograph. 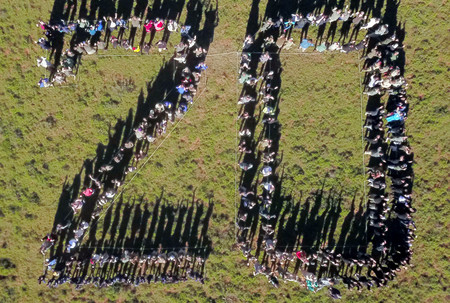 This year, Amakhala’s social development programme – the Amakhala Foundation – also celebrates 10 years of community outreach and raising conservation awareness through education. One of the key projects of the foundation is to provide young children in the Amakhala community with the opportunity to attend the local Sidbury Primary School and the nearby iJosi Preschool.

Children from Sidbury Primary School also attended the special event to celebrate, participate in the special 20-year aerial photograph, and to sing a special Happy Birthday song to the reserve. It was an experience to remember!

After the special 20-year aerial photograph was taken, the celebration was made official with a traditional braai on the plains which included delicious South African-styled boerewors rolls and, of course, special 20-Year birthday cake (and lots of it!). 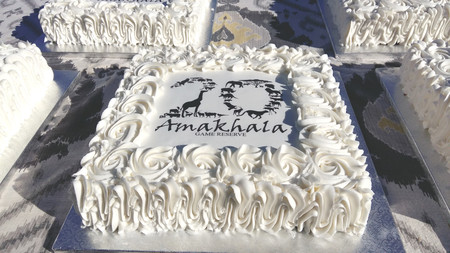 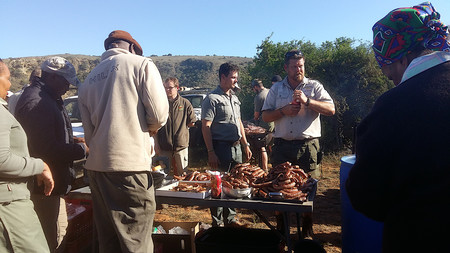 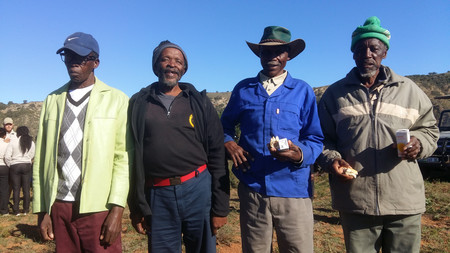 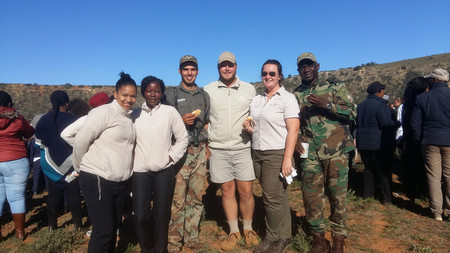 The pride and excitement among the members of this tight knit community was evident during the event. Amakhala’s team shares a special feeling of family and love for Amakhala Game Reserve. Here are some of the birthday wishes from Amakhala staff.

The 20-year celebrations continued well into the evening with a cocktail event held at the Sidbury Cricket Club, located across from Amakhala Game Reserve. Family, friends and invited guests from neighbouring reserves and the farming community gathered to raise a glass in celebration of 20 years of memories.

Richard Gush, a founding family member and owner of Woodbury Lodge, shared a few of these memories, recounting how Bill and William Fowlds invited the local farming families for a braai and beer, only to present them with a proposal to join the farms and form a wildlife conservancy. After 10 months of talking and negotiating, the four farming families (Gush, Weeks, Hart and Fowlds) gathered on the 29 October 1999 to sign the historic constitution which launched Amakhala Game Reserve. The reserve has since expanded to include additional members and is now recognised as one of the preferred ecotourism destinations in the Eastern Cape.

Richard made special mention of Mr David Peddie, a veteran wildlife and conservation consultant, who had put together similar projects and played an integral role in arranging the final Amakhala constitution. To celebrate this success 20 years later, Mr Peddie flew from Cape Town to attend the event. Here is his celebratory message!

The evening was spent enjoying the delicious array of food created by the chefs from the various Amakhala lodges, and wine kindly sponsored by Distell, while reminiscing about the last 20 years with those that played an integral role in the success of Amakhala Game Reserve. The camaraderie among the guests showed the strength not only of the reserve, but the people that made it happen. 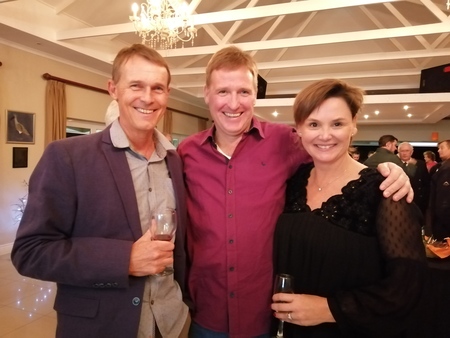 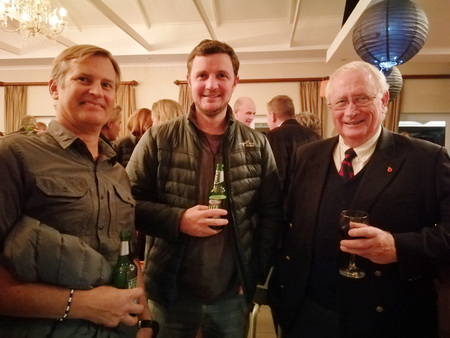 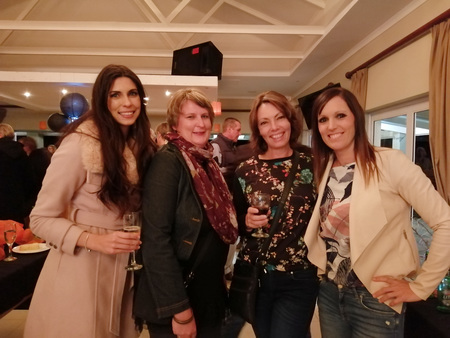 Listen to some of the birthday well wishes from guests who attended the evening. 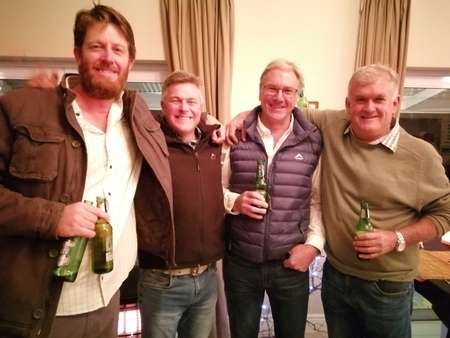 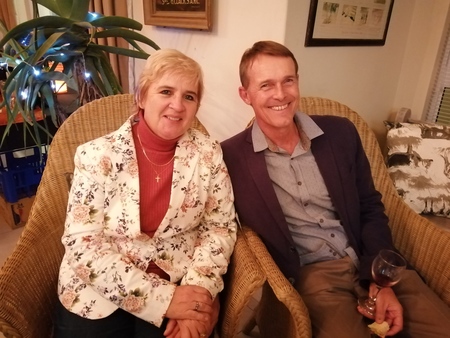 A journalist from the local Grocott’s Mail also attended the event to celebrate this milestone. Click HERE to read the story published by Kathryn Cleary from Grocott’s Mail.

To Amakhala’s family, staff, friends and community: a special thank you for your on-going support, commitment and effort that has enabled us to make the reserve what it is, and contribute towards the development of sustainable tourism in the Eastern Cape – where we can offer visitors the opportunity to appreciate the natural landscapes, indigenous wildlife and unique local culture.

We're excited for the journey ahead and look forward to sharing the next 20 years with you!