August 12 - Today is World Elephant Day. The African elephant’s current conservation status is listed as "Vulnerable" on the IUCN Red List of threatened species. With only an estimated 415,000 elephants remaining on Earth, World Elephant Day is an annual campaign aimed at bringing the world together to help protect the remaining populations of these majestic creatures. Elephants were first introduced to Amakhala Game Reserve in June 2003. Our oldest elephant is 46 years old and our youngest is just 6 months. Amakhala’s elephants travel many kilometres every day, roaming the great plains of the reserve, swimming or taking mud baths in the Bushman’s River, or drinking from watering holes near the various lodges across the Reserve. 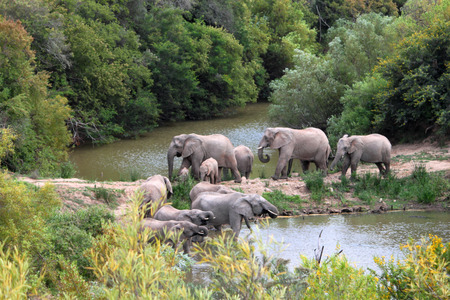 At game reserves like Amakhala, African elephants are free to roam wild while being protected against threats such as habit loss and poaching driven by the demand for ivory. Here, the elephants’ habitat is conserved, ensuring local and international guests who visit Amakhala can marvel at the full splendour of the herds in their natural habitat and truly experience the amazing nature of these wondrous animals. 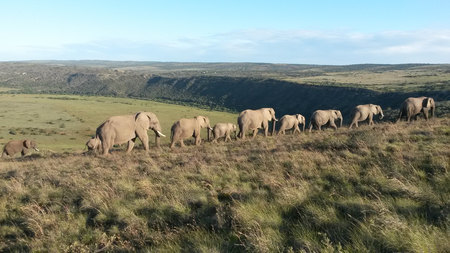 An encounter with elephants is an unforgettable experience. Highly intelligent and family-oriented, elephants form strong bonds with each other. They are sentient beings, capable of a wide range of emotions – from intense grief to pure joy. Elephants will often visit the bones of family members years after their deaths, and family reunions are characterised by joyful flapping of ears and enthusiastic trumpeting. When guests first encounter elephants, they too experience emotions ranging from excitement and wonder to love and great respect for these gentle giants. 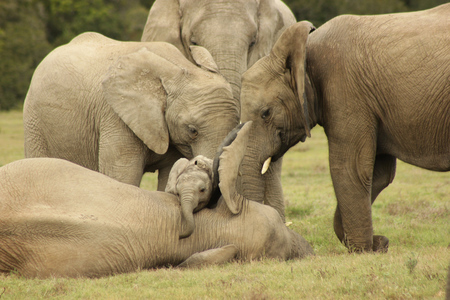 Elephants can communicate with one another across several kilometres with infrasonic vibrations travelling through the ground, undetectable to humans. It is fascinating to watch the whole herd simultaneously and silently stop what they are doing, group up and move off, following the order of an older female received in this way.

Elephants are also significant ecosystem engineers, given that they have the greatest ability of all the animals to impact the vegetation of their environment. While they can be quite destructive if the habitat is not allowed to recover, they also create many micro-habitats for other smaller species as they go about their daily feeding routine. Elephants are great at finding water, even underground, and they are master path-makers, creating movement corridors for other animals. In addition, their nutrient-rich dung is the perfect fertiliser, while the seeds ingested by the elephants germinate as they pass through the elephants’ digestive systems, increasing plant abundance and boosting ecosystem health. 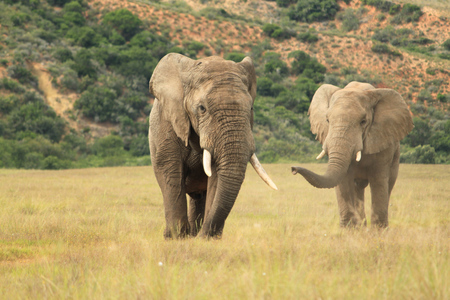 • The African elephant weighs between 2.25 and 6.3 tonnes and is the planet’s largest land animal.

• The Asian elephant is the second largest, weighing between 2 and 5 tonnes.

• An elephant’s trunk has more than 40,000 muscles – more than all the muscles in the human body. They can tear down trees or pick up a blade of grass with their trunks.

• Elephants have the longest gestation period of any animal at almost 22 months. A newborn elephant can weigh up to 120 kilograms.

• At 5 kilograms, the elephant has a brain that is larger than any other land animal in the world.